Hosted in Durban along with the Loeries® Creative Week™, the MMA Smarties Awards were held at Tsogo Sun’s Sky Bar and themed as a “Night with the Stars” with sponsorship by Standard Bank. With the Sky Bar offering a stunning panoramic view of Durban’s Golden Mile, a crowd of 150 gathered to celebrate and toast South Africa’s best in mobile marketing. 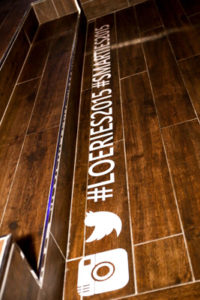 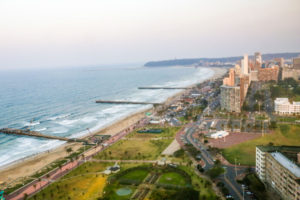 “The evening delivered a few firsts for us!” commented AAT’s Business Development Manager Alan Haarhoff, “Obviously winning 2 awards the first time we entered was special – plus having the Smarties and Loeries® in Durban for the first time was meaningful to us being Durban based. It was also invigorating as we have now challenged ourselves to do better – we need to keep innovating.”

Asidlale (“Let’s Play” in English) won bronze in the Lead Generation category and silver in the Cross Media / Cross Mobile category. The soccer-focussed campaign was launched by the Independent Media Group’s isiZulu language newspaper “Isolezwe” on the AAT Mobile Platform and incentivised readers to make pool predictions for the Premier Soccer League.

Asidlale ran for seven months and delivered impressive results: 160,000 interactions over USSD, 61,500 pool predictions and 41,000 unique entrants. Circulation increased by over 4,000 on pool days and a total of R56, 000 was rewarded to winners. The Isolezwe Asidlale campaign case study can be viewed here: https://www.aat.co.za/isolezwe-asidlale-psl-ussd-case-study/

About the Smarties™ Awards

The South African Smarties Awards are part of the only global awards programme created by the Mobile Marketing Association (MMA) specifically to recognise best-in-class mobile marketing campaigns from around the world.